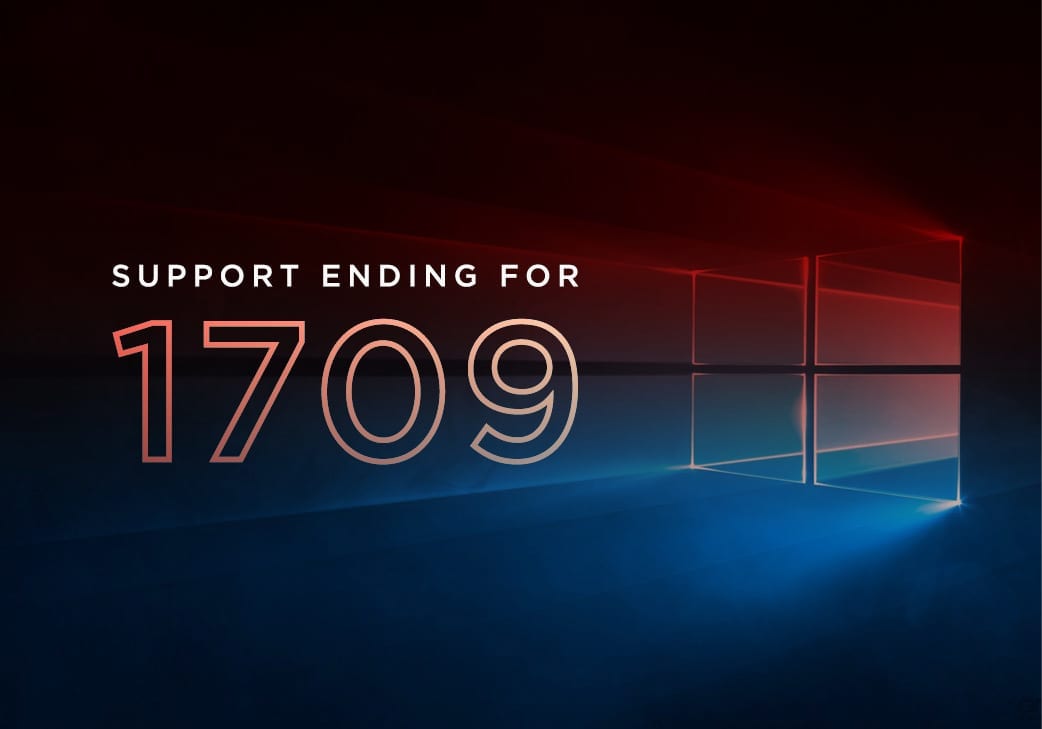 Support for Microsoft Windows 10 Version 1709 on organizational editions will be ending on April 14. Microsoft has started recommending an update before the forced upgrade begins.

Support is Ending for Windows 1709 Enterprise

Support for Microsoft Windows 10 Version 1709 (Fall Creators Update), on organizational editions, will be ending on April 14, 2020. Microsoft has already started recommending an update for all organizations before the forced upgrade will begin.

Upgrades for organizational editions is a bit trickier as many environments with Enterprise or Education editions don’t have a method for upgrading the operating system.

“These editions will no longer receive security updates after April 14, 2020. Customers who contact Microsoft Support after this date will be directed to update their device to the latest version of Windows 10 to remain supported.”

Upgrade as Soon as Possible

Despite this only applying to enterprise licenses of Windows 10 (since Home and Pro, version 1709, has already been unsupported since April of 2019), it’s still imperative for all unsupported versions to be upgraded as soon as possible. Any unsupported devices will not receive the latest and greatest quality updates (monthly updates) from Microsoft and will be left open to vulnerabilities until upgraded.

Earlier in 2019, Microsoft officials stated that they were putting AI algorithms in place that would automatically update those on older variants of Windows 10 directly to the latest, via the Windows Update service. Unfortunately for organizational editions, these devices typically do not leverage the standard Windows Update channel and instead are managed by Windows Server Update Services or a third-party solution (or no patching solution at all!), leaving them without a reliable upgrade path.

Versions still supported for Windows 10 Education and Enterprise include:

Although there are additional versions these organizational editions can be consecutively upgraded to, it’s still always recommended to migrate to the latest version to receive the longest lifecycle of the operating system.

The current release (1909) is available and, as listed above, receives support until May 10, 2022; however, at the same time business editions of 1709 will be marked as unsupported, the latest 2004 update will be available. Many administrators would still recommend not to wait for the latest, but instead migrate to the current release and re-assess the latest release once it’s been released for some time.

Overall, trusting Windows Server Update Services (WSUS) or other third-party patching solutions may not bring these devices to a supported version successfully. Leveraging a cloud-based solution to bring older Windows 10 devices up-to-date ensures success and standardization, whether devices are inside or outside the network.

Syxsense Manage includes the ability to migrate managed devices to any desired version of Windows 10 through the use of a Feature Update task. Simply prepare end-user installation delay and reboot options, choose the devices to target, and select a time for the upgrade that works best for these target devices. A phased deployment approach is also recommended by the industry and is always easily done with Syxsense Manage.