Will Microsoft Hit the Target? 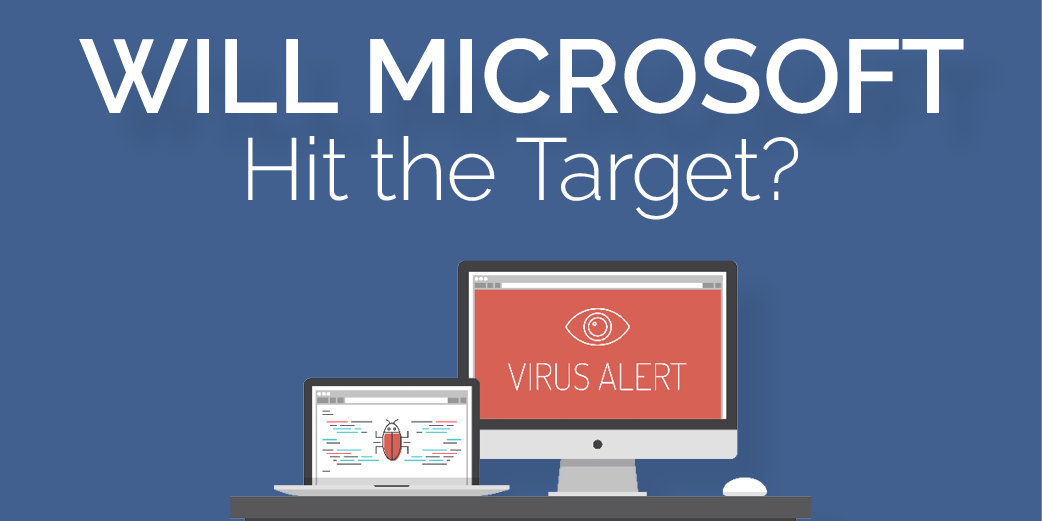 Focused attention from the whole world is on Microsoft’s patching capability after last month’s shenanigans particularly in light of the Windows 10 forced patching attempt. Microsoft has done a superlative job for the past six months but this patch casts doubt on Microsoft’s ongoing ability to release stable and reliable updates. Testing against their own Forefront Endpoint Protection seemingly wasn’t adequate either!

This month’s baseline of updates consists of 12 patch bulletins (5 critical and 7 important covering 55 CVE’s) which include the painfully frequent IE Cumulative Update and the new Microsoft edge that is also becoming a regular addition impacting the Windows 10 Operating Systems. Recent security breaches at Ashley Madison, OPM and Target Internet Security is under intense scrutiny hence the increasingly frequent security updates. Other regular but not centre stage updates this month are, Office, RDP & .NET Framework make up the bulk of the rest along with guest appearances from Hyper-V and Windows Media Centre.

Overall in my opinion this patch Tuesday is a fairly intensive release designed as a “Cover all bases” strategy after having to release MS15-093 so soon after the August releases as an out of band. Then we had the MS15-084 scenario mentioned earlier in which KB3090303 was finally released on August 31st to repair the damage caused. If you have not yet designed your release strategy, you may want to take this time to refine your processes as I believe that next month’s patch Tuesday is going to be equally broad spectrum to get bases covered in time for the Xmas period.

All content from the following table will be added into the Syxsense subscription shortly. We will be recommending our patch management as a service (PMAAS) clients consider the following updates for their remediation cycle this month as a priority; MS15-094, MS15-095, MS15-097, MS-098, and MS15-099 by combining the vendor severity and their current exposure. The most important updates in this release in our opinion is the Windows GDI Bulletin MS15-097 with active exploits already being reported and affects all versions of Windows.