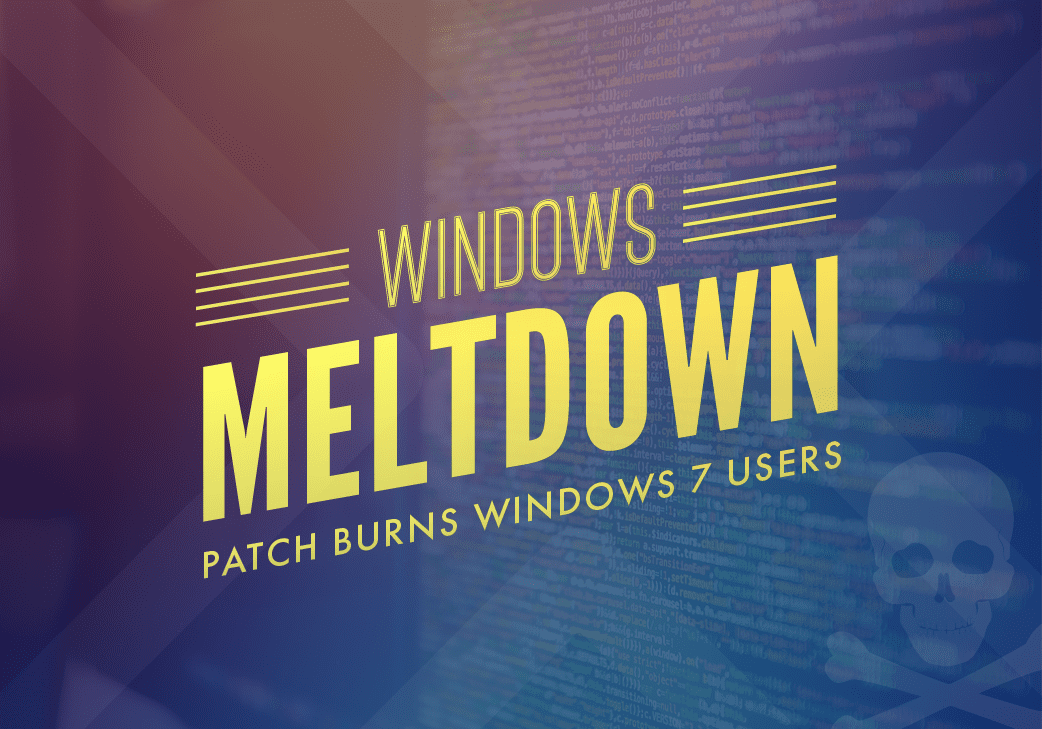 Sometimes software updates cause more issues than they fix. Microsoft have made a major error in protecting Windows from Meltdown. Thanks to researcher Ulf Frisk, we are now aware that the January Patch Tuesday update has created new issues.

The patches that were supposed to protect from Meltdown instead opened up a vulnerability way worse… It allowed any process to read the complete memory contents at gigabytes per second and was possible to write to arbitrary memory as well.

This vulnerability is a concern for any device or organization running Windows 7 or Windows Server 2008 R2. Other Windows OS, such as 10 and 8.1, are secure.

For Windows 7 and 2008 R2 users, Microsoft says their March Patch Tuesday release address this exploit. Robert Brown, Director of Services said, “This is not the first time Microsoft have released a patch to fix a patch, however because of the severity and global exposure we are recommending our clients deploy this update as quickly as possible.”

With Syxsense, it’s simple to detect which devices need an update and deploy to those endpoints. The guided deployment wizard is quick, but with a depth of options. You can set reboot options, end user snooze reboot, and even roll back patches as easily as you deploy them.

Discover a better way to manage anything, anytime. Start a trial with Syxsense.