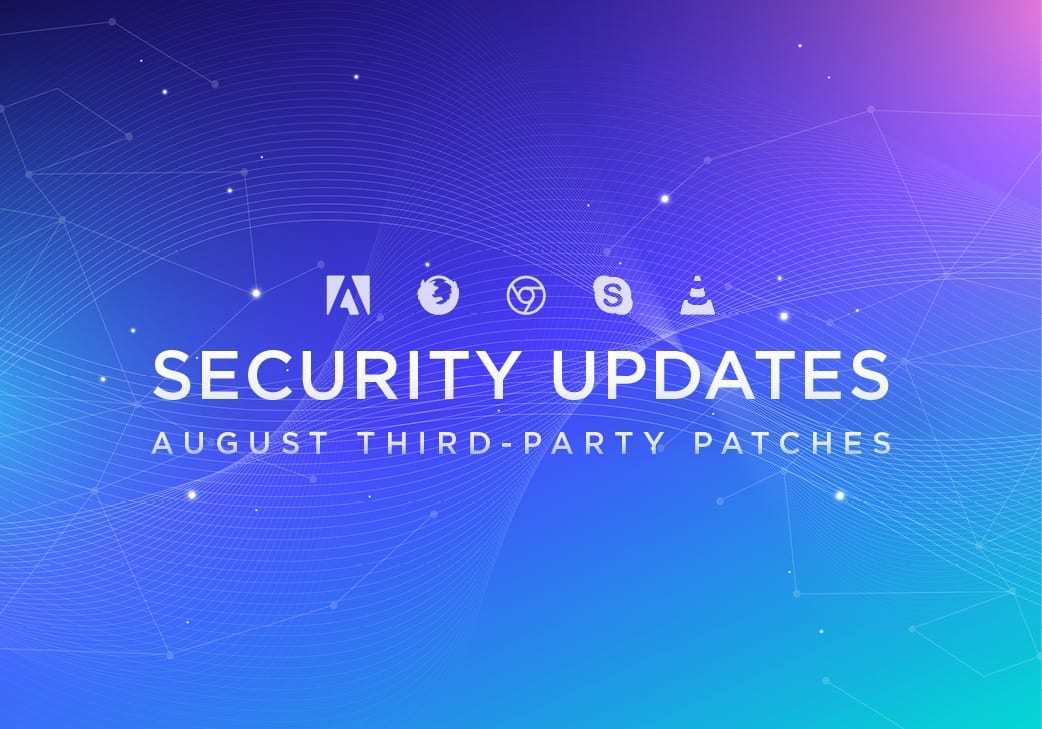 Explore the latest third-party and security updates and find out which patches should be prioritized this month to protect your environment.

Which third-party patches should you prioritize?

VideoLAN has released an update this week to resolve two high-risk vulnerabilities in the VLC media player application. The discovered vulnerabilities allow an attacker to manipulate the .MKV extension so that a file can be used to gain control of the victim’s device. A total of 15 defects were made public on Monday by VideoLAN and a new version was released on August 19.

Why focus on patching third-party applications?

Syxsense provides true network security and lets you manage every threat with the click of a button. Keep up with the constant stream of security threats and patches for third-party software applications, such as Adobe, Java, Chrome and more.