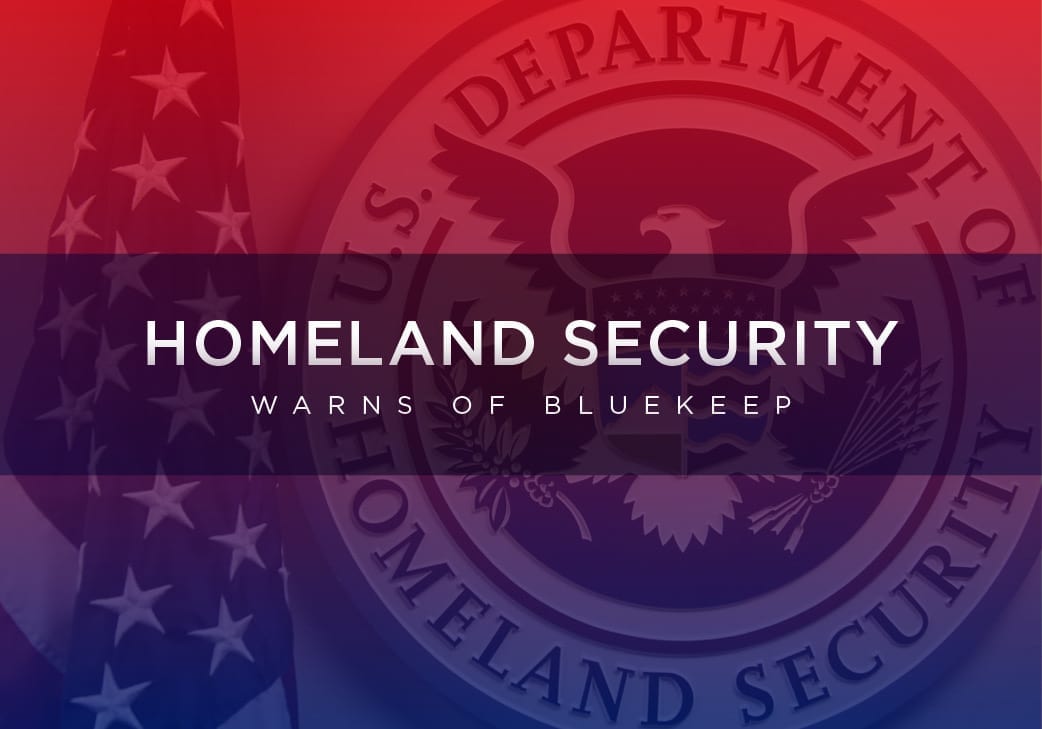 Homeland Security’s cyber agency says it has tested a working exploit for the BlueKeep vulnerability, capable of achieving remote code execution on a vulnerable device.

The United States Department of Homeland Security’s Cybersecurity and Infrastructure Security Agency (CISA) has declared an official warning to patch the wormable BlueKeep flaw. After confirming the exploit can be used to remotely execute code on vulnerable PCs, the agency released an advisory reiterating the dangers of the vulnerability.

CVE-2019-0708, also known as BlueKeep, is a critical-rated bug that affects computers running Windows 7 and earlier. An exploit able to remotely run code or malware on an affected computer could trigger a global incident similar to the WannaCry ransomware attack of 2017.

“CISA encourages users and administrators review the Microsoft Security Advisory and the Microsoft Customer Guidance for CVE-2019-0708 and apply the appropriate mitigation measures as soon as possible,” CISA writes in its alert.

CISA’s alert serves as a warning that malicious attackers could soon achieve the same results as WannaCry. As of last week, close to 1 million internet-exposed machines are still vulnerable to the flaw, according to researchers.

However, this is just the tip of the iceberg. These devices are gateways to potentially millions more machines that sit on the internal networks they lead to. A wormable exploit can move laterally within that network, rapidly spreading to anything and everything it can infect in order to replicate and spread.

Earlier this month, The U.S. National Security Agency (NSA) also issued a rare advisory, warning users to patch “in the face of growing threats” of exploitation.

Syxsense has added a “BlueKeep At Risk Devices” report to every console to help you stay on top of emerging threats. In seconds, view a list of every device that hasn’t been scanned for the vulnerability see where the risk is detected.

With a few more clicks, you can deploy the patch to every device, run the report and prove to management that you are 100% compliant.