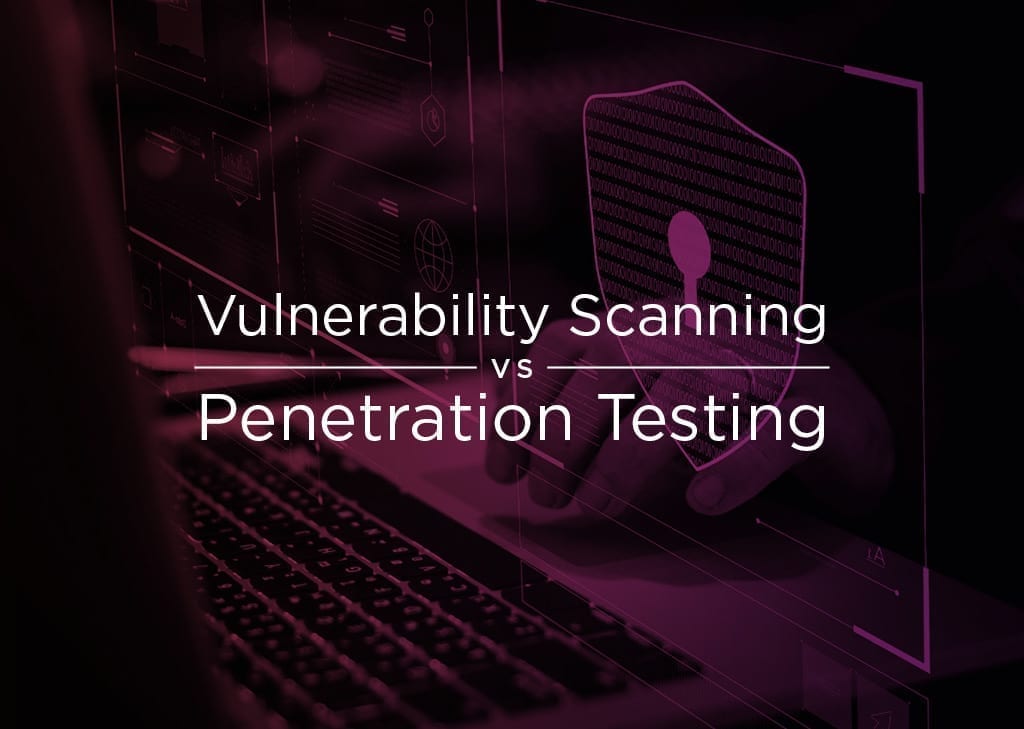 The Difference Between Vulnerability Scanning and Penetration Testing

Both play an important role in the fight against cyberattacks. Numbers tracked by Kaspersky Lab show an average of close to a billion attacks per quarter launched globally from around 200 different countries. Investigators found more than 100 million unique URLs recognized to be malicious, as well as hundreds of thousands of attempted infections by malware, either designed to steal money via online access to bank accounts, or to shut down data access and demand a ransom.

In the mobile area, as many as a million malicious installation packages are being detected each quarter. These statistics highlight the importance of both vulnerability scanning and penetration testing.

Vulnerability scanning deals with inspection of potential exploitation areas to identify vulnerabilities. Regular scans detect and classify system weaknesses. In some cases, the application offers predictions about the effectiveness of countermeasures. Scans can be performed by the IT department or via a managed service. Typically, scans are done against a database of information about known security holes in services and ports, as well as anomalies in packet construction, missing patches, and paths that may exist to exploitable programs or scripts.

Some vulnerability scanners detect vulnerabilities and suggest possible remedies. Others attempt remediation and mitigation across the environment. Some provide strong support for audits and compliance via reporting, or are geared towards security standards such as PCI DSS, Sarbanes-Oxley, or HIPAA. Others specialize in the discovery of web-based holes or problems with authentication credentials, key-based authentication, and credential vaults.

The vast majority of security incidents are due to attackers taking advantage of known software bugs. In other words, the security hole or bug is known, a patch has been issued, yet the organization has failed to take advantage of it. A lack of regular patching, a failure to inventory endpoints, or the illegal download of rogue applications, provide hackers with an avenue of entry.

It’s no wonder, then, that pen testing tools have emerged to help developers test code by checking it against known vulnerabilities and security holes. They are also used to audit organizations for security compliance, and to unearth problems lurking within the enterprise.

However, there is no single way to conduct such testing. Some scan ports, others scan for Wi-Fi vulnerabilities. Some test applications, others focus on the potential web encroachments. It is common for such tools to use lists of known vulnerabilities and problems. They probe in those areas to see if they can breach the defenses. Most organizations utilize multiple pen testing tools, both proprietary and freeware, rather than relying on a single solution.

Syxsense Secure is a comprehensive vulnerability scanner that includes IT management and patch management in one console. It not only shows you what’s wrong, but also deploys the solution.