Verismic: Breaking the IT Cycle and Redefining Cloud Management 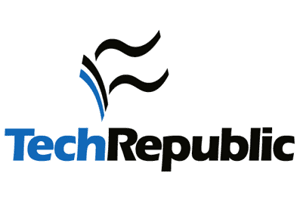 Deploying an IT management system can be a huge pain for IT administrators. The process can take months as you determine which ports to use, install client software (agents), and make sure everything is communicating the way it should.

But, what if it could all be done in 30 minutes?

That’s what Verismic founder and CEO Ashley Leonard said is the average time it takes to get customers up and running on the company’s Syxsense. This new kind of “CMS” is a modern cloud deployment of an IT management system, a necessary tool in many organizations.

“It’s the natural place for IT management if you think about it, because as more cloud services are implemented within our customer environment, that’s where the management tool should be as well,” Leonard said.

With cloud delivery, Verismic eliminates the backend. There are no servers to install or databases to maintain, and no patches to install either. Additionally, the client companies don’t have to mess around with installing agents on their individual machines, which helps to reduce the time it takes to deploy the Syxsense.

Joseph Cavallaro, CIO of ARC Excess & Surplus in New York, recently went live with the Verismic CMS product in his company. He said that a modern IT department needs tools that allow it to do more with less.

“Our company keeps growing, with the exception of our department, and we need a tool to manage all of the desktops that doesn’t require standing up a server to manage,” Cavallaro said. “Verismic is that tool.”

Before founding Verismic, Leonard worked with enterprise products in the IT systems management space. While working with client companies, he began to notice a cycle that would occur. First, companies would identify a problem in managing their IT assets, such as dealing with geographically dispersed assets, different operating systems, existing user support, or a variety of security issues.

After purchasing and implementing a product, it would work ok for a while, but eventually it would stop performing the way they needed it to. Vendors would update their software after a couple of years with new versions and patches, thereby requiring the agents be updated too. Servers might not be patched properly, or some of the agents wouldn’t get updated. Eventually, the management solution would degrade.

Verismic started back in 2008 as a PC power management company after Leonard sold his previous company. However, Leonard always had the vision of turning Verismic into more of a complete IT management platform.

Eventually, they took the power management product and moved it to the cloud. Then the Verismic team began building out the product as a full IT management platform to handle issues such as remote control, software distribution, patch management, server monitoring, and inventory asset discovery.

The product is run out of Microsoft Azure. They are connected to the master SQL database in Azure, and each customer has a database provisioned within it, but it’s geographically replicated so customers can work with a local geographic version of their data in the Azure cloud so they get quick access times. Leonard said they are trying to take advantage of more of the processing features of Azure as well.

Within the Syxsense, there are discrete disciplines, and Leonard said that patch management is one of the most important disciplines the product provides, as it is a critical thing that IT can focus on. Recently, Verismic launched its Patch Management Service to focus exclusively on that discipline.

Cavallaro said that patch management is one of the key reasons he chose Verismic for his company.

Verismic is growing quickly. Leonard said that their average sales cycle is 28 days, and they just closed another round of institutional funding last week. Signal Peak Ventures out of Salt Lake City led the round.

Currently, Verismic has offices in Aliso Viejo, California; Salt Lake City, Utah; the UK, and Australia, and they have a development group in Eastern Europe.

Read the full article at TechRepublic.com