Do Not Deploy These Updates! 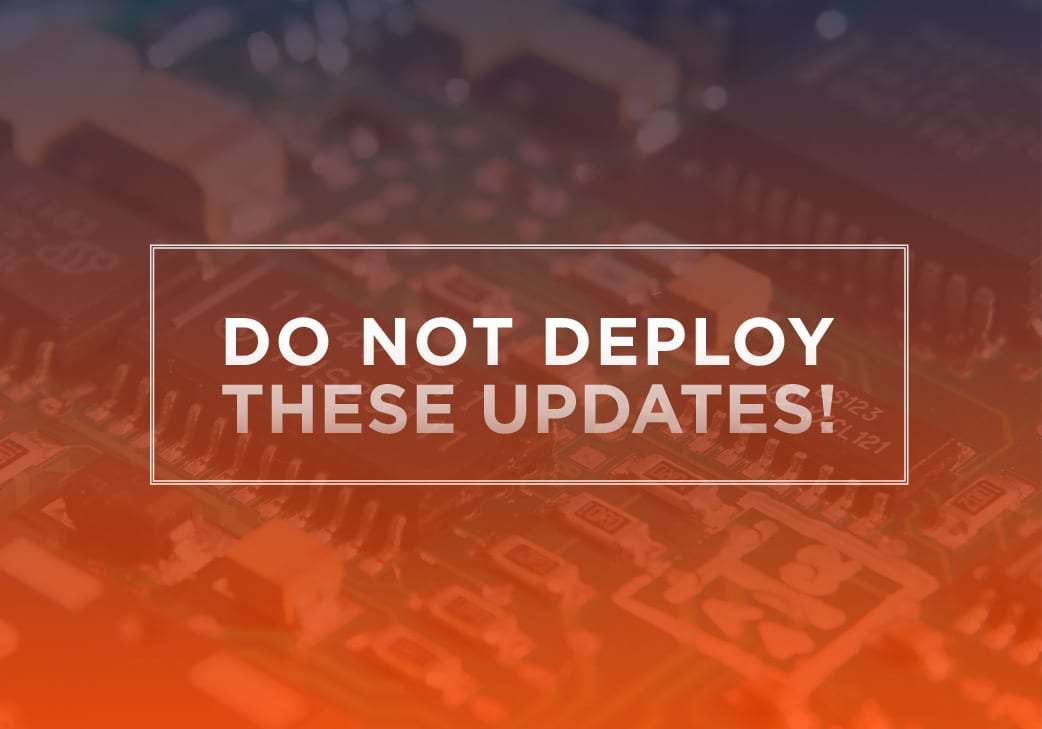 When Microsoft releases their monthly ‘Patch Tuesday’ rollup, the idea is to address vulnerabilities causing issues. But sometimes the release creates new issues. This month, that is what has happened.
KB4480970 (Monthly Rollup) and KB4480960 (Security Update) are causing serious network issues where network shares can no longer be achieved via SMBv2 protocol in certain environments.

We are advising anyone to not deploy these updates until Microsoft has resolved the issue. If possible, use an IT solution to roll back this month’s Patch Tuesday release.

When Microsoft does issue new updates, Syxsense will be sure to have them in our comprehensive Patching Library. The Patch Manager also has the ability to target and uninstall updates just as easily as it can install them.
This incident serves as a reminder why it is important to implement a patching strategy. Having a plan in place can prevent widespread disaster.