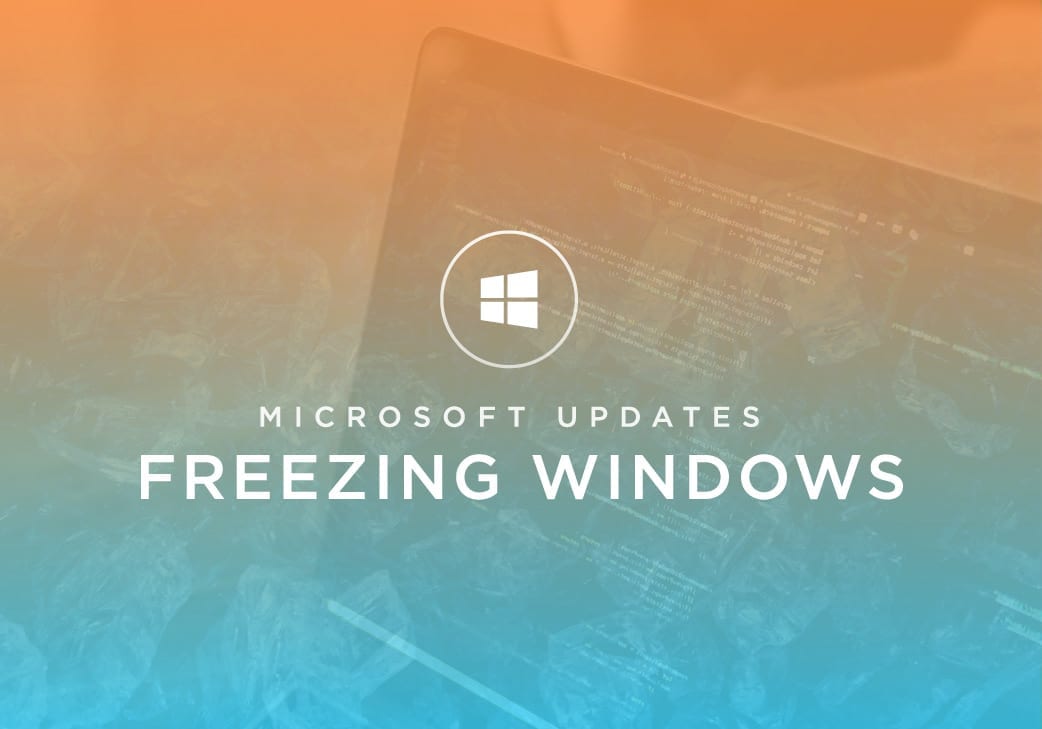 If you installed the latest round of Microsoft patches and found that your computer experienced errors or started to freeze, you are not alone.

What’s occurring and which versions are affected?

Microsoft has confirmed that computers are freezing during the latest “Patch Tuesday” update process. However, the issue could be more prevalent than Microsoft is stating.

Microsoft has indicated that there is “an issue on devices with Sophos Endpoint Protection installed and managed by either Sophos Central or Sophos Enterprise Console (SEC) that may cause the system to freeze or hang upon restart after installing this update.” Users of Avast for Business and CloudCare have reported freezing upon startup and Avira antivirus users are experiencing slow devices.

The security update in question includes fixes that were part of KB4489892. It was primarily meant to provide further mitigations against Spectre and Meltdown, but included other improvements as well.

How do you fix it?

If the Sophos Endpoint is installed, Microsoft has temporarily blocked devices from receiving these updates until a solution is available. However, there is no confirmation of the problems that Avast and Avira users are facing—only Sophos.

If you have installed the Patch Tuesday updates and need to fix them, we highly recommend rolling back the updates in question.