Are You Too Busy to Deploy Patches? 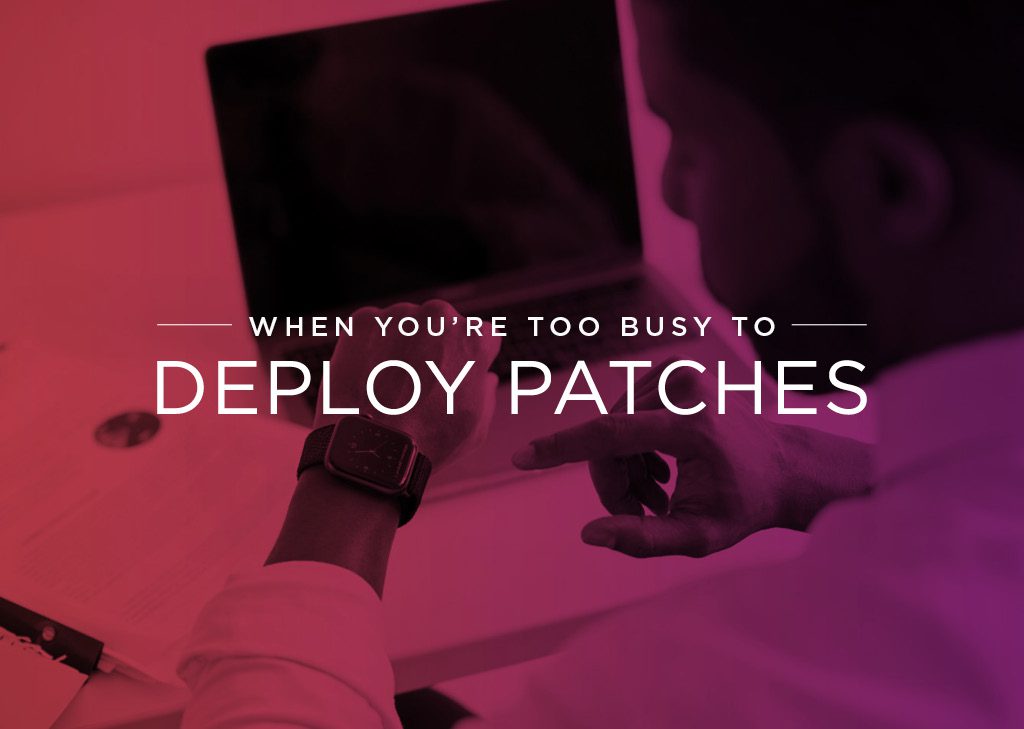 Are You Too Busy to Deploy Patches?

Why do so many security patches remain undeployed months, even years, after their publication? See what often holds IT departments back.

Why Patches are Left Undeployed

It can seem baffling how so many urgent security patches remain undeployed months, and sometimes years, after their publication. Even famously vicious vulnerabilities covered endlessly in the news media somehow fail to register in many IT departments as an item that should move to the top of the to-do list.

But a new study by HP Wolf Security has come up with one possible reason: With the pandemic forcing operations to be largely remote, there has been pressure to skip all the necessary security precautions to maintain operations and achieve business continuity.

In some scenarios, it makes sense. If tight security made it difficult for personnel to operate remotely, then in some cases, it may have been necessary to relax a few safeguards for the sake of productivity. But we have had 18 months to resolve such apparent conflicts.

This could be likened to opening the castle gates during a time of war to let urgent food supplies inside to feed the starving populace. Necessary, yes. But if the barbarians suddenly attack, those gates should be firmly shut. Yet in the world of COVID-19, more than a few gates have been left unattended. Well-known vulnerabilities addressed by patches have been ignored in too many instances.

Ransomware and Unpatched Systems are the Top Threats

The survey also highlighted that ransomware is regarded as the most immediate and most severe potential threat. With more people working at home, 84% felt it posed a high-level threat, just ahead of unpatched vulnerabilities at 83%. Next up were firmware attacks against laptops and PCs, data leakage, main in the middle attacks, IoT threats, and targeted attacks.

Syxsense may not be able to help an organization that has been locked out of its systems by a ransomware attack. But anyone suffering such an incident is confessing that they failed to take care of basic actions and implement security best practices in order to prevent attacks.

That’s exactly what Syxsense does —it lets you easily manage unpatched vulnerabilities with the click of a button. It includes patch supersedence, patch roll back, and a wealth of automation features.

In addition, it provides a three-hour turnaround for the testing and delivery of new patches as well as technology to send software and patches across the wire once, using peer-to-peer within the network for local distribution. It also incorporates vulnerability scanning to detect weaknesses that could lead to a ransomware attack if unmitigated.