Our Year In Review

2016 was a big year for Syxsense. As a company, we are constantly growing, adding new features and always focused on our customers.

IT systems management is frequently changing and it’s crucial to keep up with the latest news, strategies and updates. Every month, we share the latest Microsoft and third-party patches, explaining which to prioritize and how to implement the most effective patch strategy.

With plenty of changes on the way for 2017, be sure to stay on top of patching and IT systems management in the new year. Even when other tasks fill up your to-do-list and seem more important, prioritizing patching is the best New Year’s resolution for any IT manager. Explore the highlights and some of our favorite content from the past year.

Common helpdesk complaints businesses face – and how to fix them

Help your users help themselves!

Working on a helpdesk can give you a sense of deja vu when it comes to some of the difficulties you hear from users. If you have heard a problem once, you have heard it a thousand times.

Whether you are a newbie on the support desk or a seasoned pro, many helpdesk problems that clog up the helpline can easily be avoided or solved. In doing so, you can save time and money and concentrate on the more interesting and critical challenges.

Here are some of the most dreaded helpdesk issues that plague IT staff, and how they can be avoided.

Forgetting a password is by far the most common problem users call up the helpdesk with. The reason behind this (aside from people’s inability to remember several passwords, each requiring a lower case, an upper case character, a number, a symbol, etc.) is that people think calling the helpdesk is the easiest and most efficient way of solving their problem.

“Lost passwords and Active Directory password resets are still the leading cause of service desk calls,” says Ashley Leonard, president and CEO at Verismic. “A lack of education [and often business technology] can mean that some users will still see a helpdesk call as the easiest and quickest way to sort out their problem.”

He says helpdesks need a self-service password reset tool that allows end users to control and reset personal passwords without calling the helpdesk. “End users, including remote workers, should be able to reset personal passwords by correctly answering a series of private questions. In many cases, a password reset tool can reduce helpdesk calls by up to 40%.”

Is the user running umpteen applications at once? Other reasons could be that system scans have been scheduled for the wrong time of day when the user needs their computer the most.

Izak Oosthuizen, consultant at Exec Sys, says that to reduce the volume of the most common IT maintenance complaints, such as a slow PC or network, organisations should look to automate maintenance items as much as possible with increased use of automation tools.

It’s the call helpdesk people dread – the user cannot print anything. The obvious things to look for are to see if the printer is turned on, is loaded with paper (in the correct tray) and has enough toner or ink. The trick to making these calls go away is to have users check for these issues first before calling in.

If it doesn’t appear to be an obvious answer then a connection problem could be the cause, i.e. the printer is not connected (or indeed the computer!)

David Weeks, channel strategies manager at N-able Technologies says that issues such as this can be resolved through a self-healing automation policy, which is typically implemented via the MSP’s remote monitoring and management (RMM) platform.

“Once the MSP has rectified the initial reactive issue, from there they can look at the subcategories that may have led to this issue occurring in the first place. If the print spooler is commonly filling up – why is this happening?” he says.

According to Charlie Goulding, managing director of IT support firm Greencorn, this is quite common and quickly solved by ensuring that “push” is enabled on a phone so that new data is pushed to a user’s phone from the server.

“If you are using an Android phone, you may want to try removing all accounts on your phone, and then clearing all the data and cache files before shutting the phone down. Next, turn the phone back on and re-add your accounts. The ‘turning it on and off again’ method may sound overly simplistic, but it does in many cases solve syncing issues,” he says.

5. I can’t find anything in Windows 8

Windows 8 is a real departure from previous versions and some people find it difficult to get used to. Just remember that you can search for and find anything in Windows 8 using the top right search function, and that you can always get back to the last screen you were on by hovering at the top left of your screen – your active windows will pop up and you can select amongst them, says Goulding.

6. Why is the internet/network so slow?

The main cause of a user suffering slow internet access is usually down to malware or spyware. This is when you need your users to be honest with you and find out about sites they may have visited or applications they have downloaded.

Another reason why the internet or network may appear slow to the user could be because the user is connecting to the network via wireless. In an office building not everywhere will get a good signal, or could just be too far away from the Wi-Fi router.

In most cases, an application or hardware failure complaint is usually caused by a user’s lack of knowledge. Oosthuizen says that users must be “educated via scheduled training sessions; try creating a knowledge base for users and install workflow/procedures for complicated, propriety in-house software.”

Another common call to the helpdesk and reasons behind this range from the user leaving Caps Lock on when entering their password to an expired password that the user forgot to reset. Again, a self-service reset system should solve this issue.

MSPs have the opportunity to position themselves as the authority on patch management for their customers, both in terms of making the best use of time available and patch prioritization.

Downtime. One word to strike fear into the hearts of even the hardiest of IT managers. Avoiding downtime at pretty much all costs is the name of the game now. However, with the reliance on Microsoft (MSFT) products, there is inevitably going to have to be some downtime to roll out patch updates to keep systems secure.

The problem: The more updates there are, the longer the downtime is 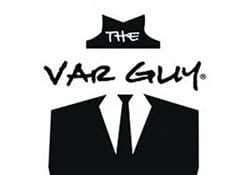 needed to update and install patches. For customers this can be a challenge, but for IT service providers and Managed Service Providers, this can be a real headache. Invariably, your customers have a very limited window when systems can be taken offline to install patches. This is all well and good when there’s a only a few patches, such as in January’s update, but when there are a large number (generally eight or more), this can be a real challenge…Read more of Ashley Leonard’s article published on The VAR Guy