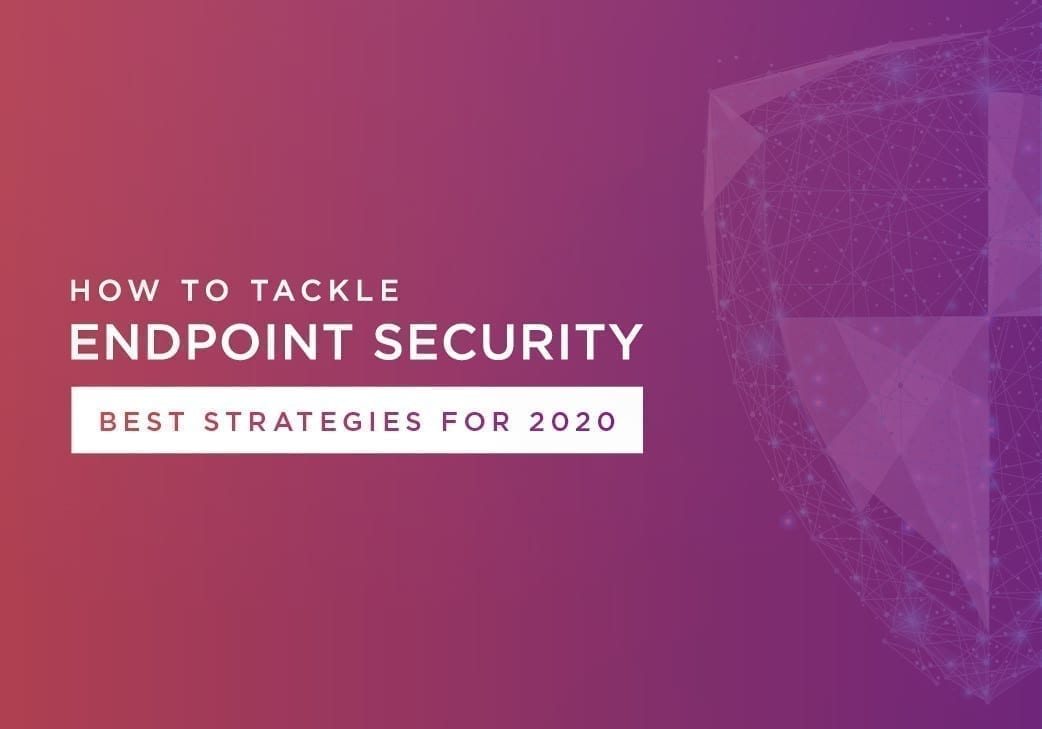 As cybersecurity hazards increase, every organization needs an endpoint security solution that can face the modern threat landscape with ease.

Technology and the inherent interconnectedness it fosters provides businesses with near-limitless possibilities.

But with that potential comes no small amount of risks.

The broad spectrum of cybersecurity hazards is perhaps the clearest manifestation of that danger, and endpoint security lies at its core. Already a complicated issue by any standard, it’s only liable to become more complex and urgent to address in 2020.

Many factors play into this forecast. The rise of newer and more dangerous threats, from crippling denial-of-service ransomware to large-scale records theft, is certainly among them, but so is the proliferation of mobile devices as IoT endpoints. What’s undeniable is your organization’s need for an endpoint security solution that can face the modern threat landscape.

Maybe it’s your client database, including all of the financial and personal information you’ve collected in the partnership process, that suddenly becomes inaccessible. Perhaps key files are abruptly encrypted in a way that you’ve never seen before. Or maybe systems grind to a halt and won’t function. You see a message telling you, in so many words, to pay up or lose the data (or remain locked out of your mission-critical networks and devices). It’s a simple and often successful exploit tactic.

To members of the C suite who aren’t chief information or technology officers, the urgency of cybersecurity threats may not be realized.

88% of IT professionals understand the importance of endpoint management and security, but a significant number of those individuals may not know exactly how many endpoints their organizations’ networks have.

Based on the current pace of tech development, the number of endpoints in any given system is bound to increase exponentially in 2020. Significant upticks in overall mobile device use, as well as expansion of the internet of things, will drive this, increasing organizations’ endpoint security risk by default.

But your IT team doesn’t have time to speculate about the reasons. There is only room for you to deal with attackers’ goals. Login and access credentials are going to be the primary target of their interloping efforts, with the intention of obtaining and purloining confidential information.

The initial shock of a cyberattack belies how adversely impactful it may be over an extended period of time. A breach’s lifecycle, from initial compromise to containment, lasts an average of 314 days, with about 279 of those directly spent on identification and eradication. You need to cut down that time frame as much as possible, and securing your endpoints is the best way to do that.

Major Endpoint Threats to Watch in 2020

Endpoints, everything from PCs and smartphones to IoT-enabled printers, represent an attractive collection of weak spots to malicious online actors. Such cybercriminals will use malware to attack said endpoints in any way they can: through the operating system and application layers as well as at the firmware and BIOS levels.

Threats of particular note include:

You can’t protect your network’s endpoints by operating on a case-by-case basis, going with the flow as different issues arise independent of one another. Doing so amounts to treating this as a “fly by the seat of your pants” issue, which is neither feasible nor responsible in the context of any aspect of cybersecurity (endpoint-related or otherwise).

It is critical for organizations to adopt consistent approaches to endpoint security in 2020 and beyond, fully comprehending and addressing all risks associated with its endpoints. This involves vetting the security capabilities of new devices before they are introduced to the network and continuously monitoring device vulnerability levels to ensure they never become dangerously outdated and unprotected.

IT must relentlessly hold the organization to high endpoint security standards:

Endpoint security is a complex and multifaceted issue requiring vigilance and cooperation across all departments within any given organization. Turning to the broad complement of endpoint security solutions offered by Syxsense will be an excellent place for you to start.

Begin your organization’s journey toward airtight endpoint security with a free trial of Syxsense’s products and services.