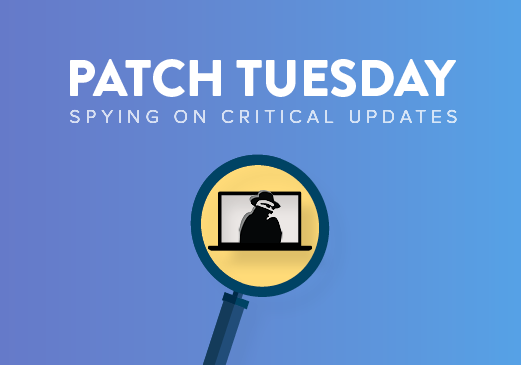 Today Microsoft have released 14 bulletins in total of which 7 are rated Critical and 7 are rated Important. Last week Microsoft also released 24 KB updates covering Office version 2010, 2013 & 2014.  Full details of that release can be found here.

More than 50 percent of people will click on an unknown link out of curiosity in a trend that could be exposing millions to hackers. The initial results of the study is from the Friedrich-Alexander University (FAU) of Erlangen-Nuremberg, Germany. It was led by FAU Computer Science Department Chair Dr. Zinaida Benenson. The results were released at the Black Hat conference in Las Vegas last month.

The experiment entailed two studies in which the researchers sent fake messages, under false names, to about 1,700 FAU students, either via email or Facebook. They signed the messages with one of 10 of the most common names for the target group’s generation with both the email and the Facebook messages including a link claiming it was for a page with images of a party the previous weekend. The full article can be found here.

Robert Brown, Director of Services for Verismic says, “Your security policy needs to be more than simple patch management. You need to teach your users what they can, and should not do with their own computers.”

Last week we saw this story break which involved what has been arguably the most sophisticated spyware ever seen unleashed on Apples desktop Operating systems. This spyware effectively turned end user devices into “Spying Tools” and effects EI Captain and Yosemite Mac Operating systems. Apple urged users that are not running OS versions iOS 9.3.5, OS X 10.11.s EI Captain and 10.10.5 Yosemite to update their devices as soon as possible.

The attack is launched under the guise of a seemingly harmless but maliciously crafted website which silently installs spyware on the users device, once installed the hackers can literally take control of the device at the tap of a finger, gaining access to email, password information, programs and also the ability to install further malicious software.

In addition to this, once the software infiltrates the device kernel they will also be able to track the device location, access bank details, listen in on phone calls, access camera and audio plus much more which is where the device comes into its own as a spying tool.

James Rowney, Service Manager for Verismic says “So it has finally happened, the one operating system that was commonly thought to be un-exploitable is now being exploited. Keep all devices up to date and be extra vigilant when surfing the web, opening emails, files etc. This may sound like obvious advice, but you would be surprised how many users and business owners do not enforce this to save end user disruption.”

Mark Smith, Casper Technical Specialist for Verismic says “Visiting a maliciously crafted website in the Safari web browser could allow hackers to use a similar method to install spy software. By doing so you are the one letting in the hacker, it’s very easily done. You would not go to a cash machine, put your card in and shout out your pin number then leave. Being secure on the web is something we are aware of and need to do but are easily lead astray by the clever hacker. Think before you click!” To update your software on your Mac go open the App Store -> Updates -> install Security Update 2016-001 10.11.16. iPhone or iPad should automatically update or you can do so manually by going to Settings -> General -> Software Update and upgrade to iOS 9.3.5.

This month to help your IT Security Officers we have chosen a few updates from the Microsoft Patch Tuesday to prioritise this month. This recommendation has been made using evidence from industry experts (including our own), anticipated business impact & most importantly the independent CVSS score for the vulnerability.