Patch Tuesday Sunset Will Be a Mixed Bag for Windows Security 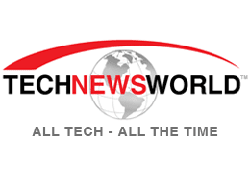 Microsoft will phase out Patch Tuesday, its monthly potpourri of software product fixes, when it rolls out Windows 10, which could be a mixed bag for the operating system’s security. Patches will be applied automatically as they’re ready. That means users no longer will have to wait until the second Tuesday in the month to secure their systems from potentially troublesome vulnerabilities. However, there are a number of caveats to that scenario.

First, the scheme applies only to Windows 10. Other versions of Windows, as well as most of the company’s other software products, will be updated in the traditional way — at least for awhile.

Second, enterprises will have the option to determine when patches are applied. Microsoft is making that easier to do with its Windows Update for Business, which allows system administrators to choose machines to be updated, and to set maintenance windows to determine when updates should take place.

Because fixes may not be applied to enterprise equipment as fast as they’re applied to consumer and small business machines, a gap could occur, which hackers might exploit.

Depending on the size of the organization, automatic updates will be a benefit or problem, noted Ashley Leonard, CEO of Verismic.

“For larger organizations, it creates a significant challenge,” Leonard continued. “The reason for that is that larger companies have a more mature patch process.”

When Microsoft releases software patches, large enterprises test those patches against the operating system images and applications they use, he explained. Then, after an appropriate period time, they’ll push the patches to the whole organization.

Read the full article at technewsworld.com