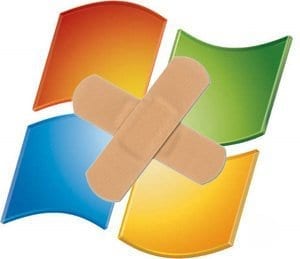 With 14 bulletins this month across almost 40 individual Common Vulnerabilities and Exposures [CVEs] means that November Patch Tuesday is fairly significant in size, with one particular update considered fairly urgent; MS14-066, which fixes a vulnerability in Schannel. The component of Windows that implements SSL/TLS. Those of you with eagle eyes will have spotted that two bulletins are missing from the update (MS14-069 and MS14-075) – no release date has been confirmed by Microsoft as yet.

Microsoft’s advice is to apply all of the updates, which shouldn’t be an issue for home users, but for businesses that are geographically spread out, where there may be a slow internet connection, you’ll need to be very considered in the choice of patches you deploy first.

The Common Vulnerability Scoring System (CVSS), included in the table below, is provided independently by US-CERT and looks at the impact that certain vulnerabilities can have. Microsoft’s ‘Critical’ vulnerabilities are rated as such because there is a known active exploit, but using the CVSS score can give you a much better understanding of how easy your systems can be exploited and the potential impact each could have. Looking at the table below we can see some disparities between Microsoft’s rating and the independently scored CVSS.

The first update of November’s Patch Tuesday resolves vulnerabilities in Microsoft Windows Object Linking and Embedding (OLE). With a CVSS of 9.3, this is the one of five updates that you need to patch sooner rather than later. The more severe of the two vulnerabilities could allow remote code execution enabling an attacker to run arbitrary code in the context of the current user. If that user has admin rights then the attacker could install programs; view, change, or delete data; or create new user accounts.

This update has been the focus of most blogs and articles this month, with most suggesting that it is in fact the single most important update to implement – rather than MS14-065 It’s a privately reported vulnerability in the Microsoft Secure Channel (Schannel) security package in Windows. The vulnerability could allow remote code execution if an attacker sends specially crafted packets to a Windows Server. However, the Schannel is not so easy to crack and the extent of the damage that can be caused is not as severe as other Critical updates. With a CVSS score of 6.8 I’d argue that there are other updates you should be prioritising over this one.

This security update (CVSS of 9.3) resolves a vulnerability in Windows that could allow remote code execution if a logged-on user visits a specially crafted website that is designed to invoke SML Core Services (MSXML) through Internet Explorer. However, in order for an attacker to take advantage of this exploit they would need to convince a user to visit a website using social engineering.

There are, in fact, two other updates you should be paying close attention to: MS14-069 and MS14-072. Microsoft has rated both of these updates as ‘Important’ but they have each been given an independent CVSS score of 9.3, so US_CERT is saying that these two updates are just as severe as those noted above.

Below is the full breakdown of this month’s patch updates. We recommend patching MS14-064, MS14-065, MS14-067, MS14-069, and MS14-072 in the first instance, before working through the rest of the updates. For our customers, we will be analysing the binary code for each update and will be rolling out the patches to all of our customers through the agreed deployment process using Verismic Syxsense.