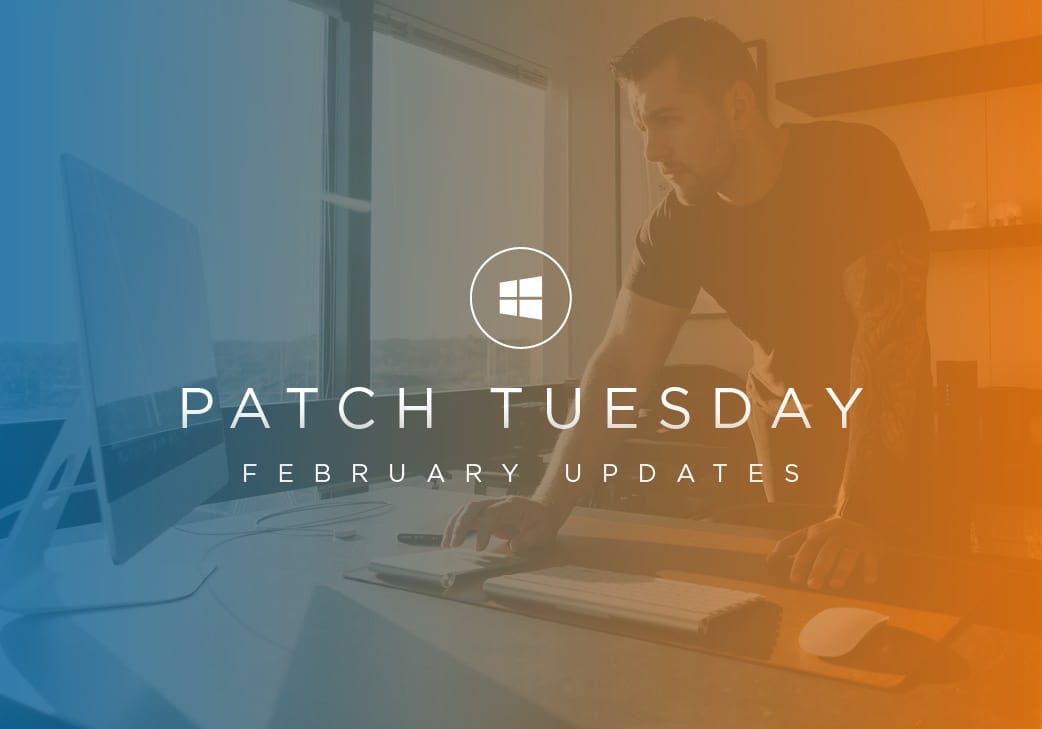 The official Patch Tuesday updates have arrived for February, including 99 vulnerability fixes. Catch up on the latest news from Microsoft and start patching.

Microsoft have released 99 patches today. There are 12 Critical patches with the remaining marked Important.

Support for Windows 7 and Windows Server 2008 (including R2) was officially ended last month, but there are plenty of updates released this month for customers who have purchased an extension agreement.

CVE-2020-0674, which carries a Critical vendor severity and High CVSS score, has been documented as being Publicly Aware and actively Weaponized.

This is as close to a Zero Day as you can get, and we encourage all users still using Internet Explorer to update this as soon as possible. This vulnerability affects Windows 7, which officially ended support last month, and Windows 10 through Windows Server 2008 to 2012.

Robert Brown, Director of Services for Syxsense said, If you are still using Internet Explorer on Windows 7 and have not purchased the CSA / ESU extension, you may wish to consider uninstalling IE and replacing it with another browser immediately due to the critical nature of this vulnerability. It has huge potential to be used to install Ransomware or other software simply by accessing an infected website. Customers using Syxsense Manage or Syxsense Secure will be able to deploy all new Windows 7 content to your licensed Windows 7 systems.

Adobe released 42 updates todaythe largest of the year so far. They have fixed bugs in Framemaker, Experience Manager, Adobe Digital Editions, Flash, and Acrobat and Reader. Both Syxsense and Adobe recommend these Critical updates be deployed within the next 7 days.