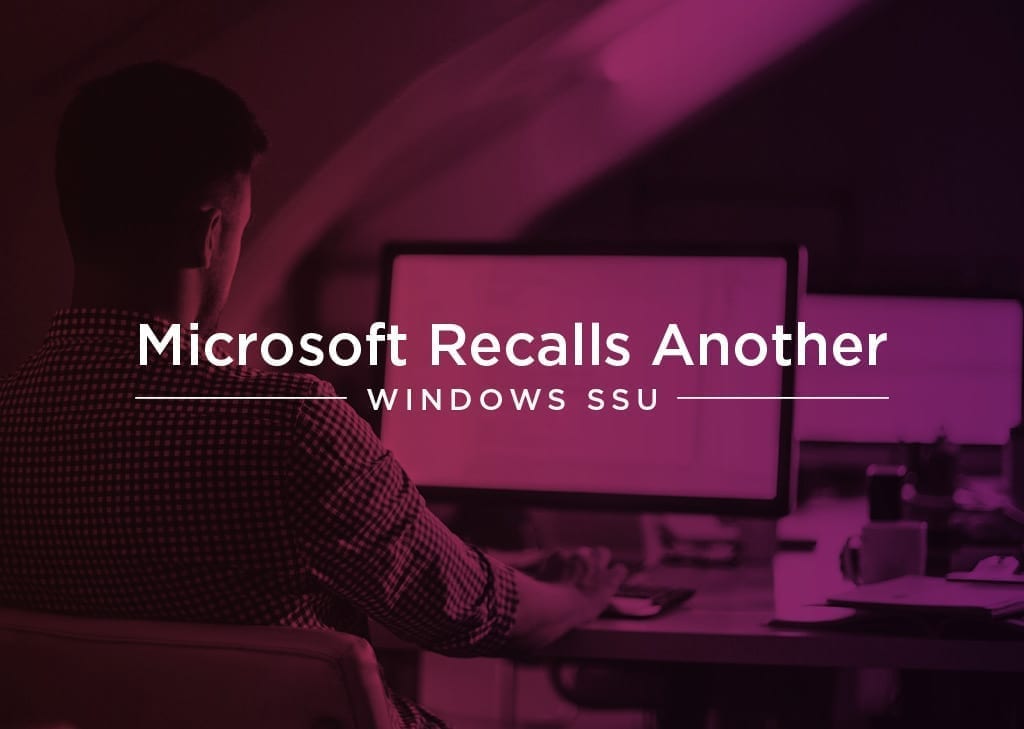 For the second time in a week, Microsoft recalled another Windows SSU update. Earlier this week Microsoft released KB5001078 as a replacement for KB4601392.

Now Microsoft have recalled yet another Windows SSU update KB4601390 replacing it with KB5001079. The two replacements appear to have the same symptoms where Windows 10 security updates would effectively hang during the installation before reaching 30%, meaning a manual intervention was needed to restore operating system functionality.

Robert Brown, Chief Customer Success Officer said, “For anyone deploying these updates remotely, the problem could have been exasperated further as users working from home would have to intervene in restoring full functionality of their Windows 10 operating system. We were aware very quickly of the issues and recalled this content from the Syxsense patch management content.”

For Syxsense users, the replacement updates are available to deploy to your devices.

What are Servicing Stack Updates?

Servicing stack updates provide fixes to the Windows servicing stack — the fundamental component that installs Windows updates. It also contains the “component-based servicing stack” (CBS), which is a key underlying component for several elements of Windows deployment, such as DISM, SFC, changing Windows features or roles, and repairing components.