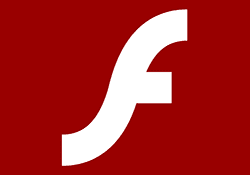 It feels like Déjà vu, Adobe has released another emergency update to resolve a vulnerability with Flash Player which is currently being exploited.

The company said it had evidence of “limited, targeted attacks” and urged people to update their software immediately. What makes this zero day threat (0-day) even more serious, is that it impacts versions of Flash player on different operating systems – Microsoft, Linux and Mac are all susceptible to attack. Already this year there have been half a dozen of these emergency updates released.

This specific update (and all other emergency updates) have already been tested and has been added into our third party patch content, for all our CMS customers to deploy to keep their environment safe.

The BBC is reporting that “Adobe’s Flash software has a long history of needing security fixes and is regarded by some security researchers as a weak point in many websites.”

Along with Java, Flash is routinely targeted by hackers making use of zero-day exploits – the term given to previously unknown security holes.