Enterprise Security Trends that Will Rule 2015 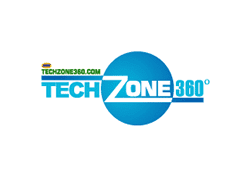 From 3D printers that can replicate the intricate details of the human heart to wearable technology that tracks everything from blood pressure to incoming emails, 2015 shows great promise in becoming “Year One” of the new digital world order. But before we get too distracted, it’s worth paying attention to—and learning from—the past, which has consistently revealed where even the most established industry giants stumble: enterprise security.

Last year alone, the U.S. witnessed colossal data breaches in both the public and private sectors—from home improvement, to health care, to the entertainment industry—including the highly publicized Sony attack. While it may have been the latest wake-up call, the Sony scandal was by no means the most significant. A string of breaches, including Home Depot, Target, Goodwill Industries, Dairy Queen and JP Morgan, which single-handedly affected 76 million households and 7 million small businesses, sent shockwaves throughout the world.

If 2014 was the year of the hack, it’s logical to conclude that 2015 will be the year of fighting back. As diligently as an enterprise works to innovate groundbreaking advances in products and services, so too must they implement enterprise security solutions. Recent breaches, including leaks of users’ personal data and credentials from popular services like Dropbox and Apple iCloud have once again identified cybersecurity as a harrowing issue that requires immediate attention from both users and enterprises. Rather than focusing solely on prevention, however, today’s enterprises are now proactively beginning to use monitoring techniques for quick identification of and response to any kind of potential infiltration before it occurs. This trend, say analysts at the Gartner Security & Risk Management Summit—which takes a comprehensive look at the entire spectrum of IT security—will expand and evolve organizational roles to include a digital risk officer (DRO)

Read the full article on techzone360.com